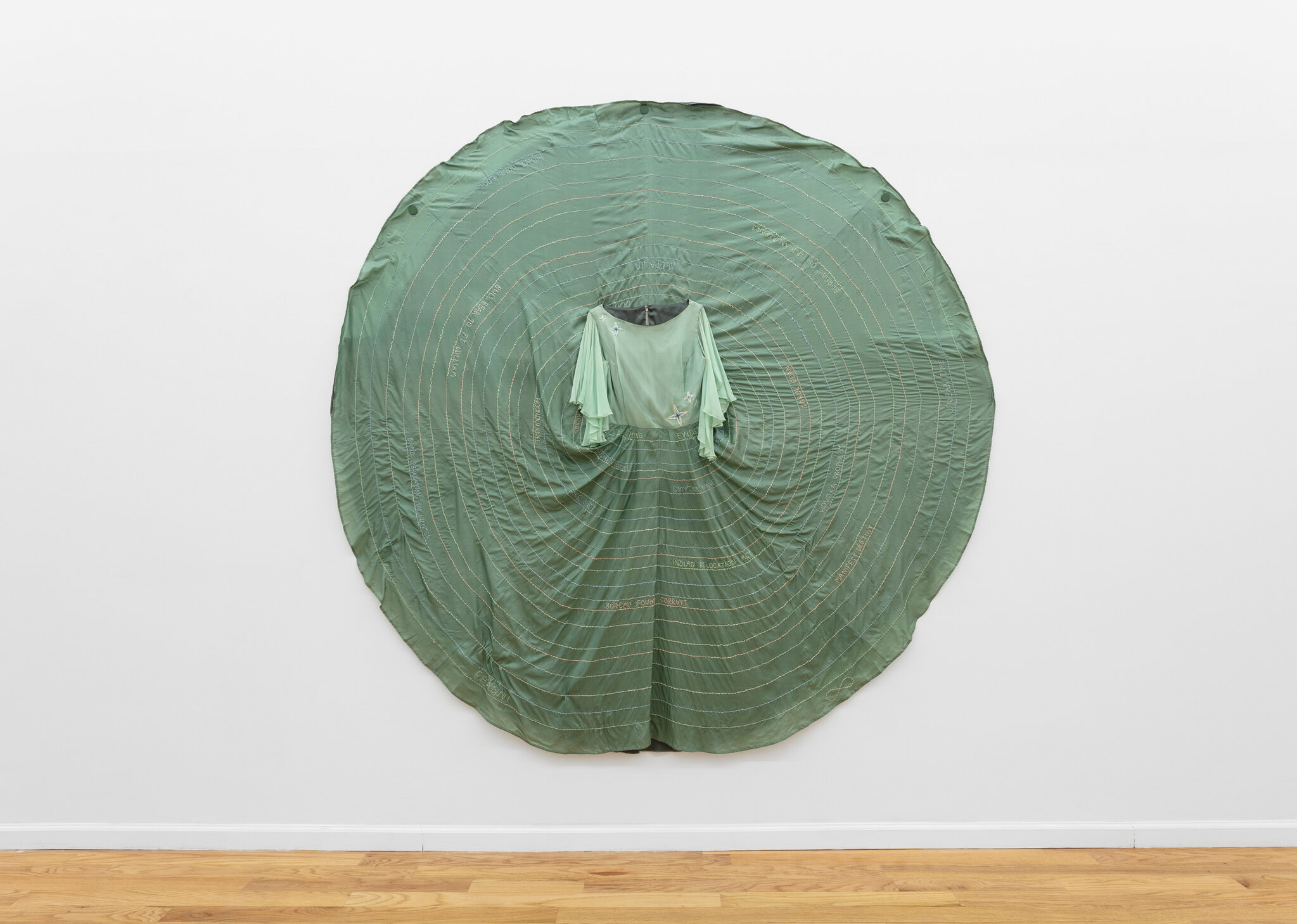 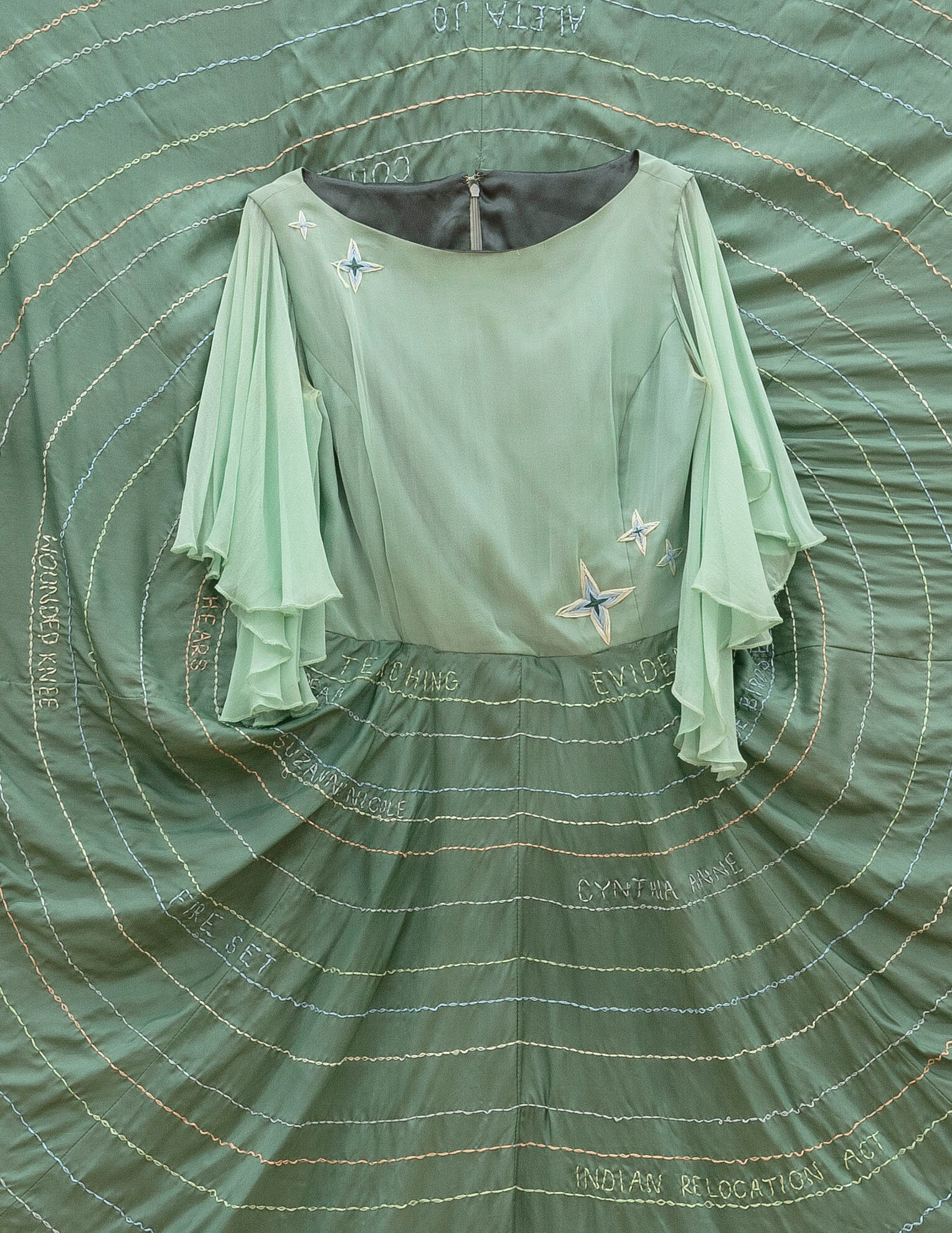 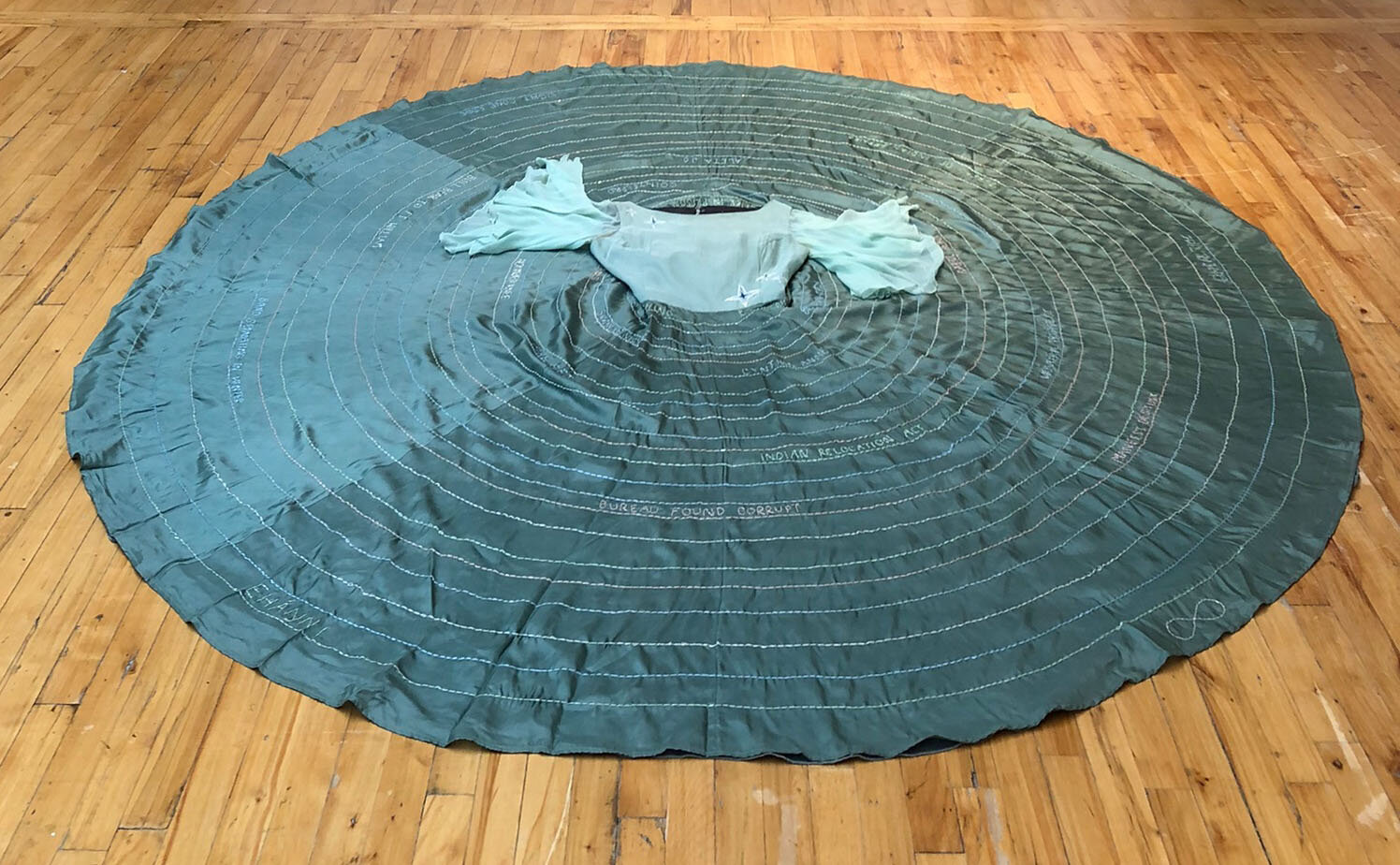 (Everything I Say is True)

"Everything I Say is True" is a site-specific performance and installation project commissioned by the Walter Phillips Gallery, BANFF Center. In performance Kite constructs a complex conspiratorial narrative composed with the structure of her grandfather's teachings. Through the use of family and historical documents as well as through a body of work in various mediums, using tactics of manipulation structured upon her grandfather's sweat lodge ceremony as a powerful form, but instead populated with outright lies about time, relationships between Uranium mining and Standing Rock protests, US government conspiracies, claims about Lakota linguistics, and the audience’s vigorous belief in Western physics. This piece attempts to force belief upon an audience by conflating Indigenous magic with coin tricks, tricking people into believing things they don’t believe. "Everything I Say is True" interrogates the tension between ‘belief’ and ‘truth’ while making a case for the concept of a ‘responsible truth.’

The concepts of time which are discussed in the performance are reflected in the circular drawings present in the video Pahá kiŋ lená wakháŋ (These hills are sacred), and in the dress, ziŋtkátȟó, wíhiyayela (bluebird, time), which the artist wears during the performance. This dress is embroidered with names of people, organizations, and events which the artist suggests must simultaneously occur in order for the performance to take place. At the waistband of the dress, the form of the piece: Teaching, Evidence, Display, Accusation.

In the audio accompanying tȟokȟáŋtaŋhaŋ (from elsewhere), you hear the result of an improvisation process performed by Eyvind Kang on viola and kamanche, Oscar Santos on electric bass and noise pedals, Matthew Allen on vibraphone and Jackie Urlick on harp. In this short recording session Kite provided each of the musicians with the same chords in headphones and asked them to improvise. Kite processed and arranged the improvisations afterwards, trying to move things on the timeline as little as possible, with magical anomalies occurring, like unplanned silences and chords.

When a body approaches the carbon fiber land mass, sonar sensors bring the video and sound on the screen to stillness. When the body backs away, you can hear recordings from Everything I Say is True and video of the animation sequence conflating Minkowski’s lightcone theory with the circular timeline stitched onto the dress with the data from the United States Geological Survey of the family burial grounds. The landmass sculpture is made by CNC routing the accurate USGS data and gently blanketing it with one piece of carbon fiber cloth.